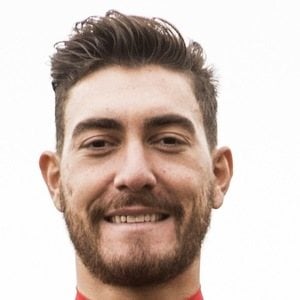 Italian professional racing cyclist who is known for riding for the UCI Pro Team Trek-Segafredo team. Specializing in the road discipline, he is often utilized as a sprinter. He shares photos of his riding and of the bikes he rides to Instagram for his over 40,000 followers.

He first began competing professionally in 2010 when he placed 9th at the Gran Premio Della Liberazione. He then earned recognition with his first win at the UCI World Tour in August of 2012 on the Eneco Tour.

He is known for having won the Points Classification in the Giro d'Italia two consecutive years in a row in 2015 and in 2016.

Other professional cyclists who have also earned representation from the Trek-Segafredo racing team include John Degenkolb and Jasper Stuyven.

Giacomo Nizzolo Is A Member Of