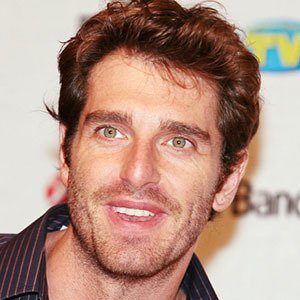 Television actor who is best known for having played the title character on the series L'ispettore Coliandro from 2006 to 2017. He has garnered more than 180,000 followers on his giampaolo_morelli Instagram account.

He made his television debut on the 1996 mini series Positano.

He began a relationship with Gloria Bellicchi in 2009.

He and fellow TV actor Cole Sprouse were both born in Italy.

Giampaolo Morelli Is A Member Of