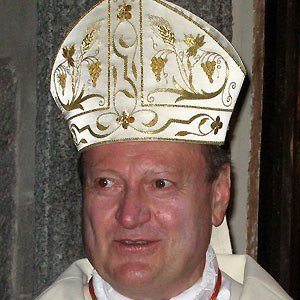 Italian cardinal of the Catholic Church who became the President of the Pontifical Council for Culture in 2007.

He worked as an archaeologist in Syria, Jordan, Iraq, and Turkey.

He believes that Darwin's theory of evolution is compatible with the Church's teachings.

His father was an anti-fascist who served in the Italian army during World War II.

He was elevated to the cardinalate by Pope Benedict XVI in 2010.

Gianfranco Ravasi Is A Member Of