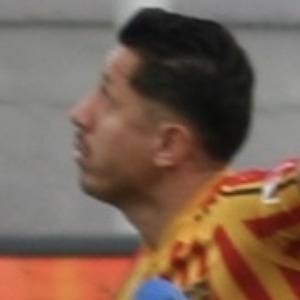 Striker who has become known for his tremendous goalscoring ability, having led Lega Pro and Serie B in goals scored in different seasons. He has won league titles as a member of ND Gorica and AC Milan.

He began playing for Juventus when he was six years old. He made his professional debut with Pro Vercelli in 2007.

He has had several nicknames, including "Lapagol" and "Sir William," the latter of which is a reference to Scottish knight William Wallace.

He has a brother named David, who is also a soccer player.

He has played alongside goalkeeper Mattia Perin at Genoa CFC.

Gianluca Lapadula Is A Member Of