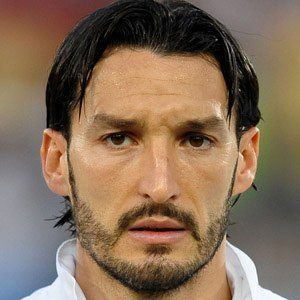 Italian full back who made 217 appearances for Junventus between 1999 and 2006 before joining Barcelona and AC Milan. He played for the Italian national team from 1999 to 2010, winning a World Cup Championship with the team in 2006.

He started his soccer career with Como Calcio when he was 17 years old.

He was named to the 2006 FIFA World Cup All-Star Team after helping lead Italy to victory.

He played alongside goalkeeper Gianluigi Buffon on the Italian national team from 1999 to 2010.

Gianluca Zambrotta Is A Member Of