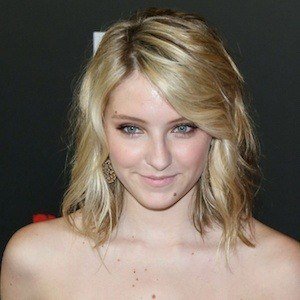 Actress known for playing Hillary Harrison in the pilot of Trophy Wife as well as Tracy Loach on Preacher. She also appeared in the movie Vamperifica.

She made her professional debut when she was 10, performing in a musical theatre production of Miracle on 34th Street.

She was born to Frank LePera and Lisa McLaughlin in New York City.

Although she appeared in the pilot of Trophy Wife, she was later replaced by Bailee Madison.

Gianna LePera Is A Member Of