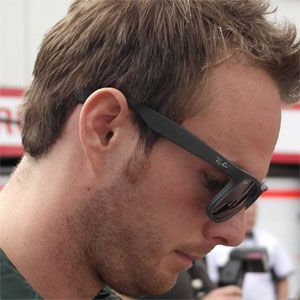 Formula One driver who also competed in the Formula Three Euroseries, Formula Renault 2.0, and the GP2 Series.

He won a Dutch karting championship in 1998.

He grew up in Rhenen, Netherlands.

He was Lewis Hamilton's teammate at ASM in Formula Three.

Giedo van der Garde Is A Member Of