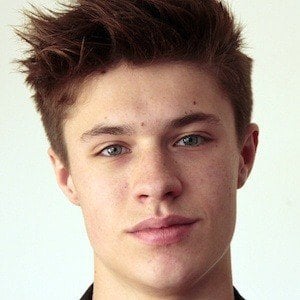 Dutch actor who won an Audience Award for Best Actor for the television film Boys. He was later nominated for a Golden Calf for the same role. Other film credits include Kankerlijers and Nena.

He made his feature film debut in 2011 as Wim in Sonny Boy. He previously acted on the stage in the musical Ciske de Rat between 2007 and 2009.

He portrayed the character of Jim in the 2015 television series 4Jim.

He was born in Amsterdam, Noord-Holland, Netherlands. His mother is actress Marloes van den Heuvel.

He starred opposite Abbey Hoes in the film Nena.

Gijs Blom Is A Member Of

The Letter for the King
25 Year Olds
Movie Actors
Capricorns