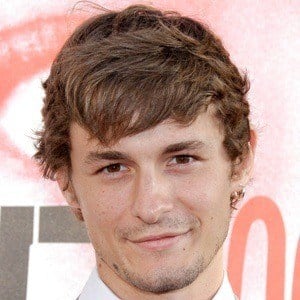 Australian actor who rose to fame for his role as Claude in HBO's True Blood, he also had roles in Fox's 24: Live Another Day and CBS's NCIS.

He was inspired to act after falling in love with theater.

In 2014 he had a major role in in the film Boulevard, which turned out to be Robin Williams' last film before his death.

He grew up alongside his older sister.

One of his earliest roles was when he appeared in an episode of The Good Wife starring Julianna Margulies.

Giles Matthey Is A Member Of

Once Upon a Time
Jobs
35 Year Olds
TV Actors