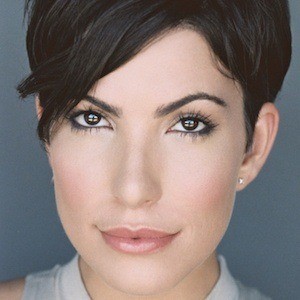 Writer and actress most well known as the mind behind The Drunk Lonely Wives Book Club. She is also recognizable for guest roles on popular shows like 2 Broke Girls, Jessie, and How Men Became Dogs.

She studied and both Barnard College and Columbia University and went on to take acting classes at the Eugene O'Neill National Theater Institute and the Moscow Art Theater School.

She appeared in the OneRepublic parody video "Counting Stars feat. Disney Villains" which earned more than 3 million views after it was posted in October 2014. She also appeared in music videos for All Time Low's "Dear Maria, Count Me In" and Jason Castro's "Let's Just Fall In Love Again."

She was cast alongside Denise Richards and Jane Seymour in Adi Shankar's 2016 production Gods and Secrets.

Gilli Messer Is A Member Of