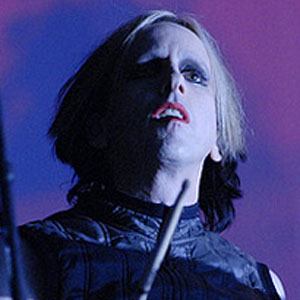 Drummer who played with Marilyn Manson from 1995 to 2011. He also performed with Rob Zombie.

He studied music at the University of Nevada, Las Vegas.

His birth name was Kenneth Robert Wilson; he adopted "Ginger Fish" as his stage name.

His mother was a dancer, and his father once toured with Frank Sinatra. He grew up with two brothers.

He and Tim Skold both played with Marilyn Manson.

Ginger Fish Is A Member Of