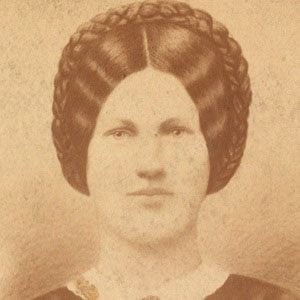 Seamstress famous for being the only civilian to be killed during the Battle of Gettysburg in 1863. The house where she was killed, known as the Jennie Wade House, has become a tourist attraction.

She was a Gettysburg native who worked as a seamstress in the house owned by her family on Breckenridge Street.

A perpetually-flying American flag was erected in her honor at the Evergreen Cemetery in 1900.

She had two younger brothers and an older sister. Her father was a troubled man who spent time in a mental asylum.

She and politician William Barksdale were both killed in the Battle of Gettysburg.

Ginnie Wade Is A Member Of

Born In 1843
Born in Pennsylvania
Geminis