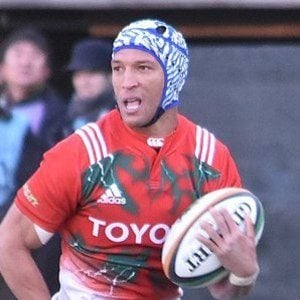 South African rugby union footballer who became known as a wing for the Stormers.

He played cricket in school before switching to rugby.

He earned the nickname 'pocket dynamo.'

His family consisted of seven brothers and a whopping 14 sisters.

He and fellow South African Duane Vermeulen both played for the Stormers in Super Rugby.

Gio Aplon Is A Member Of