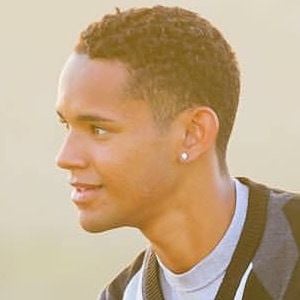 Crowned lip syncing star on TikTok with a variety of popular videos from comedies to musicals. As a dancer, DJ, and comedian, he has accumulated more than 650,000 followers on the short video platform.

He first tried his hand at social media on Vine and Facebook, finding moderate acclaim. It wasn't until TikTok, however, that he enjoyed a widespread audience.

One of his popular TikTok videos is the video captioned "This is how babies feel LOL!" which earned tens of thousands of views after it was posted.

Born to Miriam Contreras and Giovanni Leocadia, he has a younger sister named Ashantee Martus and a younger brother named Tyree Leocadia.

Internationally renowned rapper Pitbull reposted one of his videos to his own TikTok profile.

Gio Leocadia Is A Member Of