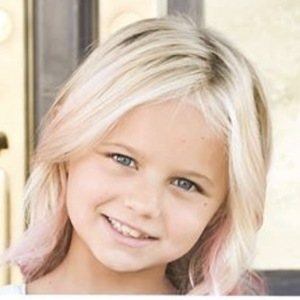 Youngest of four siblings featured on the family vlogging YouTube channel The LeRoy's. The channel is run by parents her Cory and Shanna LeRoy.

Her mother originally created the channel in June of 2010; however, she didn't begin posting videos until January of 2016.

She is known to tease her older siblings. One of her most popular videos has become the "Cutest Kids Makeup Tutorial."

She has older siblings named Kesley, Rhett and Reese. Her brother Logan died at just 8 months old before she was born in 2006.

She is good friends Evelin Bennett, who stars on The Ohana Adventure family channel alongside her parents Jase and Rachel Bennett.

Perri LeRoy Is A Member Of