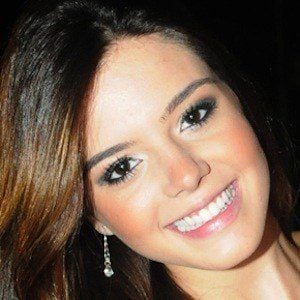 Actress who is known for her work across the Brazilian TV industry. In 2015, she was cast in the telenovela The Rules of the Game as Luana Sampaio Stewart.

At age 16, she left her home in pursuit of an acting career. She auditioned for various telenovelas and was rejected. She has said she nearly quit acting at age 18.

In 2011, she appeared in the telenovela mini-series Foolish Heart. At the 2012 Prêmio Arte Qualidade Brasil Awards, she won the prize for Best New Actress.

She was born and raised in the interior of Sao Paulo, Brazil.

She starred in the 2015 Brazilian film Among Bees alongside Fabio Porchat.

Giovanna Lancellotti Is A Member Of