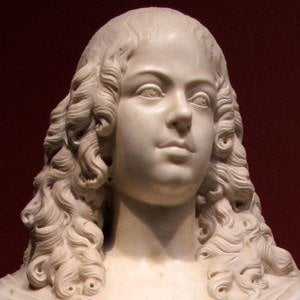 Italian sculptor who worked in Florence and was best known for small bronze statuary works, such as the piece titled Chained captive, Africa.

He was an apprentice in the Roman sculptural studio of Ercole Ferrata.

His masterpieces are considered to be his sculptural relief work in the Capella Corsini of the Chiesa del Carmine.

His parents raised him in Florence.

He was from Florence, Italy, where Daniel French went to study sculpture.

Giovanni Battista Foggini Is A Member Of