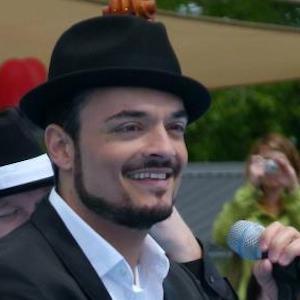 Pop singer/songwriter who rose to fame as a member of the band Bro'Sis. In 2006, he embarked upon a career as a solo artist and released his debut studio album, Coming Up.

At age 16, he founded a band called Brotherhood.

In 2005, he was a participant on the reality cooking series Devil's Kitchen.

He was photographed with actor Arnold Schwarzenegger in early 2017.

Giovanni Zarrella Is A Member Of