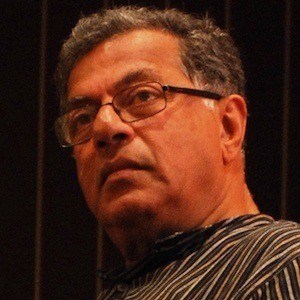 Award-winning playwright and Kannada filmmaker who became one of India's leading public intellectuals. His notable dramatic works include Tughalak and Taledanda.

In his youth, he joined an amateur theater group in Chennai and began writing plays steeped in mythology and philosophy.

His enormous body of work earned great critical acclaim from both Indian and American filmmakers, authors, and critics.

He was born in Matheran, Maharashtra. In his youth, he attended numerous traveling theater productions with his arts-enthusiast parents. He was married to Saraswathy Ganapathy up until his death in 2019.

Girish Karnad Is A Member Of