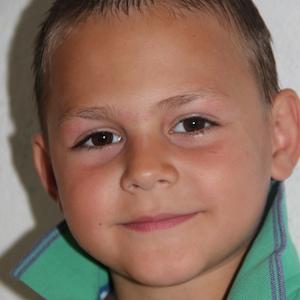 Child gymnast and bodybuilder who has gained YouTube fame on his channel GiulianoStroeOficial for his spectacular feats of strength.

He started training in gymnastics at age two.

He broke the Guinness World Record for fastest ten meter handstand walk and most 90 degree push-ups.

He was born in Piove di Sacco, Italy and trained by his father Lulian. He has a younger brother named Claudio who has also become a bodybuilder.

He has a place in the Guinness Book of World Records alongside Robert M. Hensel.

Giuliano Stroe Is A Member Of