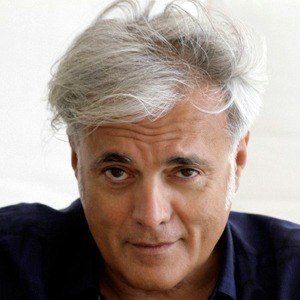 Italian shoe designer whose designs have been worn by the likes of Beyonce, Jennifer Lopez, Charlize Theron and Penelope Cruz. He founded his own design boutique in Milan, which has now expanded worldwide to fashion capitals such as New York, Paris, and London. He also designed jewelry and launched his first collection in 2010 as an extension of Giuseppe Zanotti jeweled shoes.

He started his fashion career as a freelance designer for small shoe companies in the early 1980s.

He was born in San Mauro Pascoli, near Rimini, Italy. His parents owned an ice cream shop.

His first famous customer was Madonna who bought a pair of Giuseppe Zanetti Design sandals.

Giuseppe Zanotti Is A Member Of