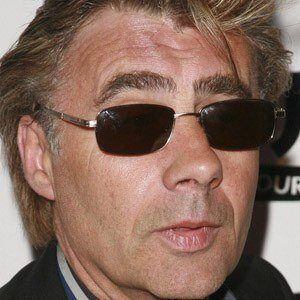 Bassist for the punk band The Sex Pistols, with whom he originally worked from 1975 until 1977 and sporadically thereafter.

He was a student at Saint Martin's School of Art until 1974.

His creative contributions to The Sex Pistols have been the subject of great debate and controversy; he was, however, credited as co-writing ten of the twelve songs on the album Never Mind the Bollocks, Here's the Sex Pistols.

His family was residing in Paddington, West London when he was born.

His departure from The Sex Pistols became the subject of many urban legends, with the real reason possibly being tension between him and vocalist Johnny Rotten that was exacerbated by the meddling of Malcolm McLaren.

Glen Matlock Is A Member Of