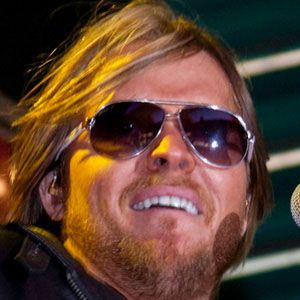 Singer and songwriter known for his singles "Ball Cap" and "I Could Be the One," the latter which debuted at #58 on the U.S. Billboard Hot Country Songs chart in July of 2011. He signed with Black River Entertainment in July of 2011.

He released a self-titled extended play in June of 2011 through Capstone Records.

The music video for his single "That's My Job" was released in 2012.

He is originally from Tuscaloosa, Alabama.

His single "I Could Be the One" was originally released on the Billy Ray Cyrus album Back to Tennessee but never released as a single off that album.

Glen Templeton Is A Member Of