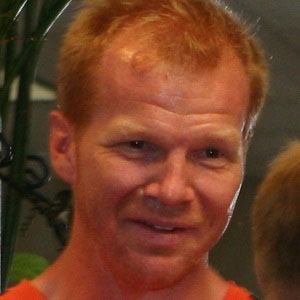 NHL defender who was selected third overall in the 1987 NHL Draft by the Boston Bruins. After seven years in Boston, he was traded to the Hartford Whalers in 1994. He stuck with the Whalers as the franchise morphed into the Carolina Hurricanes in 1997 and he helped the Hurricanes capture a Stanley Cup Championship in 2006.

He spent four years playing for the Portland Winter Hawks of the Western Hockey League before debuting in the NHL with Boston.

He played in his only All-Star game in 1989 as a member of the Bruins and in 2009, his #2 jersey was retired by the Hurricanes.

He had three children named Amanda, Josh and Matthew with his wife Barb. His older brother Blake Wesley also played in the NHL.

Glen Wesley Is A Member Of