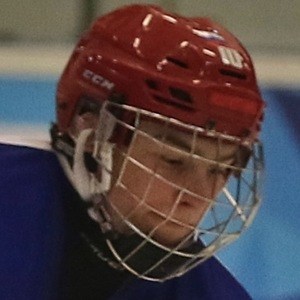 Winger drafted second overall in the 2018 NHL Entry Draft by the Carolina Hurricanes. He signed a max three-year, entry-level contract with the team.

His career in North America began with the Muskegon Lumberjacks of the USHL. He was named the USHL Rookie of the Year.

He is the younger brother of Detroit Red Wings draft pick Evgeny Svechnikov.

He was drafted 2nd overall behind Rasmus Dahlin.

Andrei Svechnikov Is A Member Of