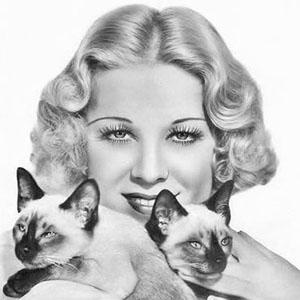 One of the most prolific actresses of the 1930s, who starred in I Am a Fugitive From a Chain Gang and Gold Diggers of 1937. She also starred in the 1931 film Little Caesar.

She got her start in theater productions at age seven and played Little Eva in a production of Uncle Tom's Cabin.

Her career sputtered in the '40s, but she mounted a big comeback and won an Emmy Award for her work on the 1963 TV series Ben Casey.

She co-starred with Charlton Heston in 1954's Secret of the Incas, a film that inspired the adventure film Raiders of the Lost Ark.

Glenda Farrell Is A Member Of