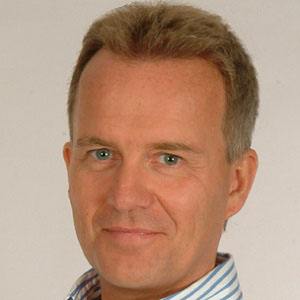 Famous as a hypnotherapist and self-help author, he produced a popular series of hypnotherapy recordings that included such titles as Complete Relaxation CD (2000) and Get Rich and Successful (2009). His motivational books include De-Stress Your Life (2007) and The Answer (2011).

In the 1990s, after training at the British School of Clinical Hypnosis, he began marketing his hypnosis-themed recordings and publications at local bookstores and went on to establish his own Diviniti Publishing company.

A songwriter as well as a self-help guru, he won the International Song of the Year contest with his dance music single "Transparency."

He spent his youth in Balham, London, England, and later settled in West Mailing, Kent, England.

He and his contemporary and fellow Englishman, pop singer Joe Leeway, both received hypnotherapy certifications.

Glenn Harrold Is A Member Of