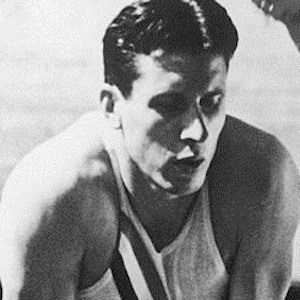 American decathlon champion at the 1936 Olympics in Berlin who later came to play Tarzan in Hollywood.

His Olympic success got him a ticker-tape-parade welcoming back to the U.S., a movie offer from Twentieth Century Fox, and an invitation to play football for the Detroit Lions.

Leni Riefenstahl apparently became so enamored with him that she claimed an affair developed between them, and featured him on the second part of her Olympia film.

Glenn Morris Is A Member Of