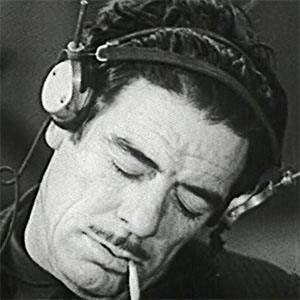 Remembered best for his role as Frankenstein's monster in The Mad Monster, House of Frankenstein, and Abbott and Costello Meet Frankenstein, this twentieth-century screen actor also famously played the bartender in the CBS western series Gunsmoke.

During his youth, he performed on local radio stations. He began his screen acting career after traveling to California as a member of a radio vocal ensemble called the Arizona Wranglers.

He was a descendant of English colonist John Rolfe and Rolfe's wife, the famous Pocahontas of Jamestown, Virginia.

He grew up in what was then the New Mexico territory as the son of William Russell Strange and Sarah Eliza Byrd. He was married three times; his third marriage -- to Minnie Thompson Strange -- lasted from the late 1930s until his death in 1973.

In House of Frankenstein and two other films, he played the role that had been originated by actor Boris Karloff in the famous 1931 movie Frankenstein.

Glenn Strange Is A Member Of