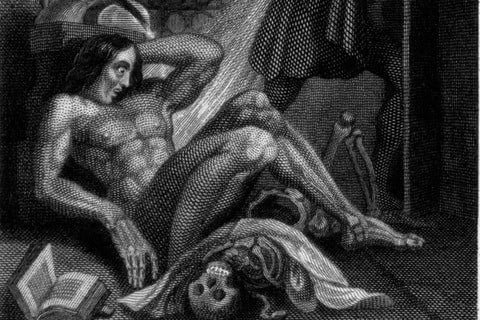 Originally depicted as Frankenstein's monster, he eventually took on the name of Frankenstein himself. He is the creation of Dr. Victor Frankenstein and he is known for his deep voice and neck bolts.

In 1910, Edison Studios produced the first film featuring Frankenstein. The picture was a 16-minute short directed by J. Searle Dawley.