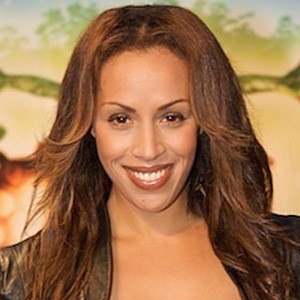 Dutch singer best recognized for representing her home nation in the 2005 Eurovision Song Contest with the ballad "My Impossible Dream." She first became known for the debut 1995 album Real Emotion.

After being discovered on a Dutch talent show, The Soundmix Show, she debuted in 1994 with the single  "I'm Gonna Be Strong."

Her albums One Night Only and This is My Voice peaked at #2 on the Top 100 charts in the Netherlands.

At only eleven years old, she got to share the stage with singer Julio Iglesias.

Glennis Grace Is A Member Of