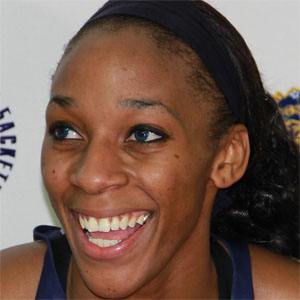 Professional women's basketball player who began her professional career with the Tulsa Shock after being selected fourth overall in the 2012 WNBA Draft. She made her first WNBA All-Star team in 2014.

She was a standout player at the University of Tennessee-Knoxville, where she posted thirty-six double-doubles.

She took home a gold medal representing the United States at the 2011 World University Games.

In May 2015, she married star WNBA player Brittney Griner, who was the number one overall pick in the 2013 WNBA Draft. However, Griner filed for annulment in June 2015, just a day after Johnson announced she was pregnant. Johnson gave birth to twins who were 16 weeks premature.

She has been teammates with Skylar Diggins on the Tulsa Shock.

Glory Johnson Is A Member Of