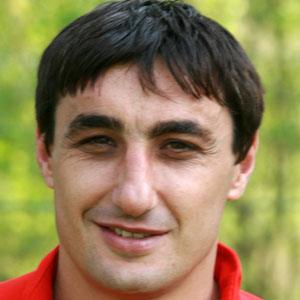 Macedonian soccer defender and coach known by 2010 as the most capped Macedonian footballer.

He debuted with the Macedonian National Team in 1996, after playing for two years with a Macedonian Second League team.

He scored a goal against Estonia in the qualifying tournament for the Euro 2008.

His family lived in Prilep, Macedonia at the time of his birth.

He and Estonian soccer player, Mart Poom, are contemporaries.

Goce Sedloski Is A Member Of