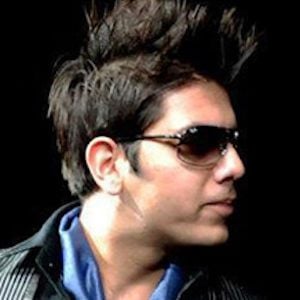 Pakistani musician, singer, songwriter, composer, guitarist, and actor. He is best known for being one of the founding members of the rock band Jal.

As a child, he excelled quickly at the keyboard and at 16 he bought his first guitar. With a consistent effort to write and create on his own, he released his debut album in 2004 entitled Aadat.

In addition to his music, he is also an actor and made a guest appearance in the film Lahore Se Aagey.

He was born and raised in Lahore, Pakistan.

In the film Lahore Se Aagey, he stars alongside Ali Zafar and Saba Qamar.

Goher Mumtaz Is A Member Of