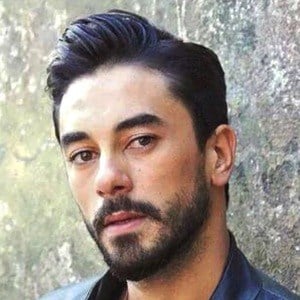 He attended both the Kocaeli University and Anadolu University.

He was the recipient of an APAN Star Awards Special Award.

He is originally from Istanbul, Turkey.

He starred alongside Zeynep Çamcı on the series Seviyor Sevmiyor.

Gokhan Alkan Is A Member Of