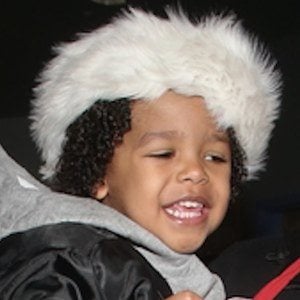 Son of rapper and TV personality Nick Cannon, popular for his roles as host of Wild 'N Out and America's Got Talent.

He father announced the news of his arrival via Instagram two days after he was born.

He is the half-brother of twins Moroccan and Monroe Cannon.

His father was previously married to singer Mariah Carey.

Golden Cannon Is A Member Of