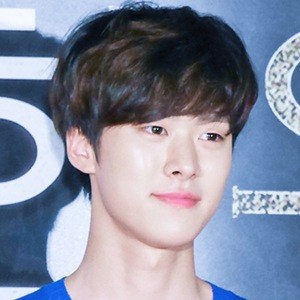 Multi-talented actor and singer recognized as a member of the entertainment group 5urprise. He is particularly recognized for his leading roles on Splendid Politics, Bride of the Water God, and Beautiful You.

Before making his acting debut in 2013, he appeared in the 2012 music videos "Flashback" and "Venus" for After School and Hello Venus, respectively.

His younger brother, Doyoung, is a member of the musical group NCT.

Gong Myung Is A Member Of