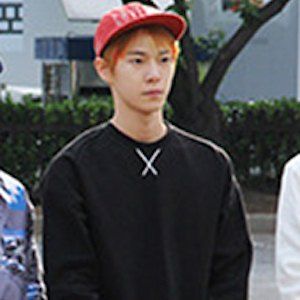 K-pop singer best recognized as one member of the boy group NCT. He debuted in April 2016 as a member of NCT U, releasing the digital singles "The 7th Sense" and "Without You."

Before joining NCT U, he originally debuted in 2015 as a member of the SM Rookies supergroup.

His older brother, Gong Myung, is a member of the K-pop group 5urprise.

He and his NCT U bandmates appeared on the show NCT On Air hosted by Kim Heechul.

Doyoung Is A Member Of