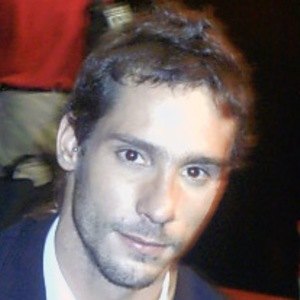 Most well known for his role as Capitán Bruno Montt in the series Papá a la Deriva. He has also played prominent roles in No Abras la Puerta, Socias, and Sos mi hombre.

He began his acting career in 2001 appearing in the television series Piel canela.

Outside of his acting career, he is a boxer and he co-founded the Centro Cultural Mori in Santiago, Chile.

He was married to Juana Viale from 2005 until 2014. He has three children, Ringo, Alí, and Silvestre.

In the television series Papá a la Deriva, he starred opposite Maria Gracia Ogmena.

Gonzalo Valenzuela Is A Member Of