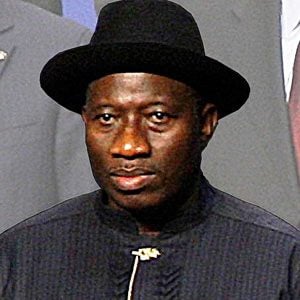 The fourteenth Head of State of Nigeria who became President in 2010. He is a People's Democratic Party member.

He attended the University of Port Harcourt where he received many degrees, including a Ph.D. in zoology.

He devoted much of his time as president to connecting with the Nigerian people, though there have been allegations that he was behind the October 2010 Independence Day bombing.

He has raised two children with his wife, Patience, and he is a practicing Christian.

He and Abdulsalami Abubakar have both been President of Nigeria, the latter taking office in June of 2008.

Goodluck Jonathan Is A Member Of