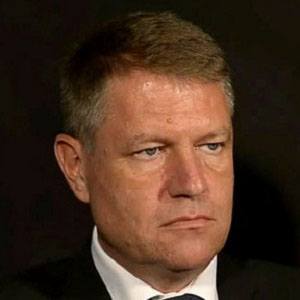 In 2014, elected as a political Independent, Iohannis took office as Romania's fifth President. Previously, he had served as Mayor of Sibiu and as leader of two different Romanian political parties: the National Liberal Party and the Democratic Forum of Germans in Romania.

After earning a science degree from the Babes-Bolyai University, he taught physics at several different Romanian high schools. Before being elected Mayor, he held the position of Sibiu County's Deputy General School Inspector.

In 2014, he published a bestselling autobiography titled Step by Step.

A member of Romania's Transylvanian Saxon minority group, he was born in Sibiu to Gustav and Susanne Johannis. In the late 1980s, he married a teacher named Carmen Lazurca.

He succeeded Traian Basescu as President of Romania.

Klaus Iohannis Is A Member Of