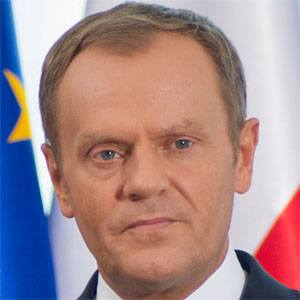 Known for co-founding Poland's Civic Platform political party, this politician took office in 2007 as his country's Prime Minister. In late 2014, he also began serving as President of the European Council.

He earned a history degree from the University of Gdańsk and went on to found and head the Liberal Democratic Congress party.

In 2005, he ran for President of Poland, but was ultimately defeated by Lech KaczyÅ„ski.

He was born to a family of the Kashubian ethnic group. He and his wife Małgorzata raised a daughter named Katarzyna and a son named Michał.

Donald Tusk Is A Member Of