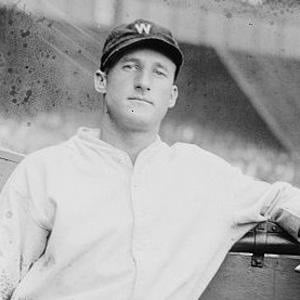 Hall of Fame left fielder who recorded 2,735 hits while batting .316 in his 18-year MLB career which spanned from 1921 to 1938; won World Series Championships with the Washington Senators in 1924 and the Detroit Tigers in 1935.

At the age of 15, he left his New Jersey home to pursue pro ball.

His difficulty in judging fly balls led to his nickname 'Goose.' Players said he resembled a bird flapping its wings when he ran after a ball.

He was married to Marion Wallace until her death in 1959.

Both he and Al Kaline helped lead the Detroit Tigers to World Series Championships during their careers.

Goose Goslin Is A Member Of