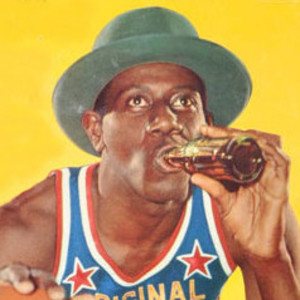 Star of the Harlem Globetrotters who also created his own comedic basketball teams, such as Goose Tatum's Harlem Clowns.

He starred in the Negro Leagues with teammate Satchel Paige, and, before his basketball career took off, he served in World War II, primarily as an entertainer for the troops.

Despite having only played in satirical basketball leagues, he was inducted into the Basketball Hall of Fame in 2011.

He was married to Naomi Tatum until his death; a year before he died, his son, Goose Tatum Jr., died in a car crash.

He is credited with inventing the hook shot, which became the signature shot of Kareem Abdul-Jabbar.

Goose Tatum Is A Member Of