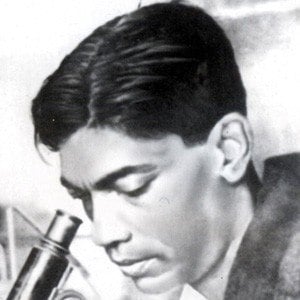 Credited with popularizing science in Bengal, he is best known for his studies in insects and metamorphosis. He was awarded the Rabindra Puraskar, Bengal's highest literary award, in 1975.

He worked as a school teacher and published a handwritten literary magazine.

The government of West Bengal started giving out a science award in his name in 2005.

His father, Ambika Charan Bhattacharya, was a village priest.

His article about bioluminescence, published in the popular magazine Prabasi, caught the attention of fellow sceintist Jagadish Chandra Bose.

Gopal Chandra Bhattacharya Is A Member Of