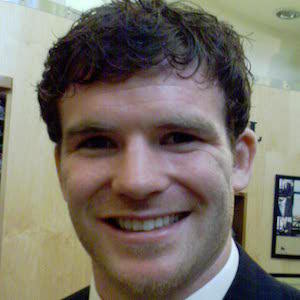 Retired rugby inside centre who earned 82 caps for the Irish national team between 1999 and 2015. He spent his 17-year domestic career with Leinster.

He attended University College Dublin and joined Leinster in 1998.

He won two Six Nations titles over the course of his international career. He and his wife founded a reformer pilates studio called Form School.

He and Rob Kearney were teammates while at Leinster.

Gordon D'Arcy Is A Member Of