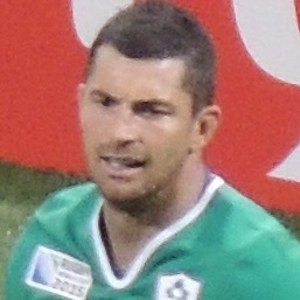 Irish rugby player who is known for playing for UCD, Leinster and Ireland. He was selected to play in the 2012 Six Nations Championship and went against Wales in the opening match.

He studied at Clongowes Wood College in County Kildare and then majored in Arts at the University College Dublin where he graduated from in 2010.

He also played soccer and played for the Cooley Kickhams in the 2004 Louth Senior Football Championship.

He was born the second oldest of four children. His younger brother Dave Kearney also became a professional rugby player.

He was in a high profile relationship with actress Susie Amy.

Rob Kearney Is A Member Of