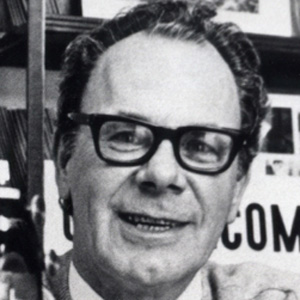 Scientist who fought for over thirty-eight years for recognition and credit for inventing the laser. He was elected to the National Inventors Hall of Fame in 1991.

Encouraged by his mother, he grew up learning about the great inventors of the day.

He came up with the acronym for 'light amplification by stimulated emission of radiation' - or LASER.

He was in a Marxist group with his first wife Glen Fulwider, which denied him security clearances on some top-secret military work involving his laser.

While other children looked up to movie and sports stars, he idolized Thomas Edison.

Gordon Gould Is A Member Of