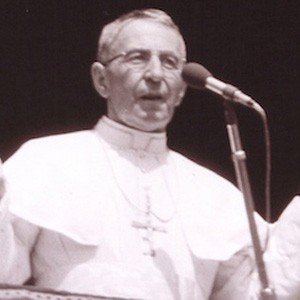 Italian Pope who had the shortest reign in the history of the Catholic Church after he died 33 days after ascending to the Papacy.

His papal name was the first dual papal name in history and he was later named the September Pope by The Times after his unexpected death.

He grew up with two brothers, Federico and Edoardo, and a sister named Antonia.

He was succeeded by Pope John Paul II after his death in 1978.

Pope John Paul I Is A Member Of