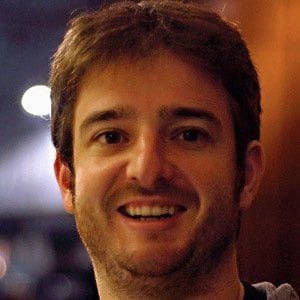 Spanish comedian and actor who is best recognized for his work on the ETB sketch program Vaya Semanita.  He is also known for appearing on the Spanish edition of Saturday Night Live as well as the 2011 feature film Lobos de Arga.

He started his career as a television actor, appearing in several minor roles on series such as El Comisario and Hospital Central. He started gaining critical acclaim in 2003 when he debuted as Basque on the series Goenkale.

In addition to film and television, he is also known for having performed in several theatrical plays including a production of Bajo Terapia in Madrid in 2017.

He was born and raised in Irun, Gipuzkoa, Spain.

He starred alongside Óscar Jaenada and Amparo Baró in the 2003 Spanish feature film Noviembre.

Gorka Otxoa Is A Member Of